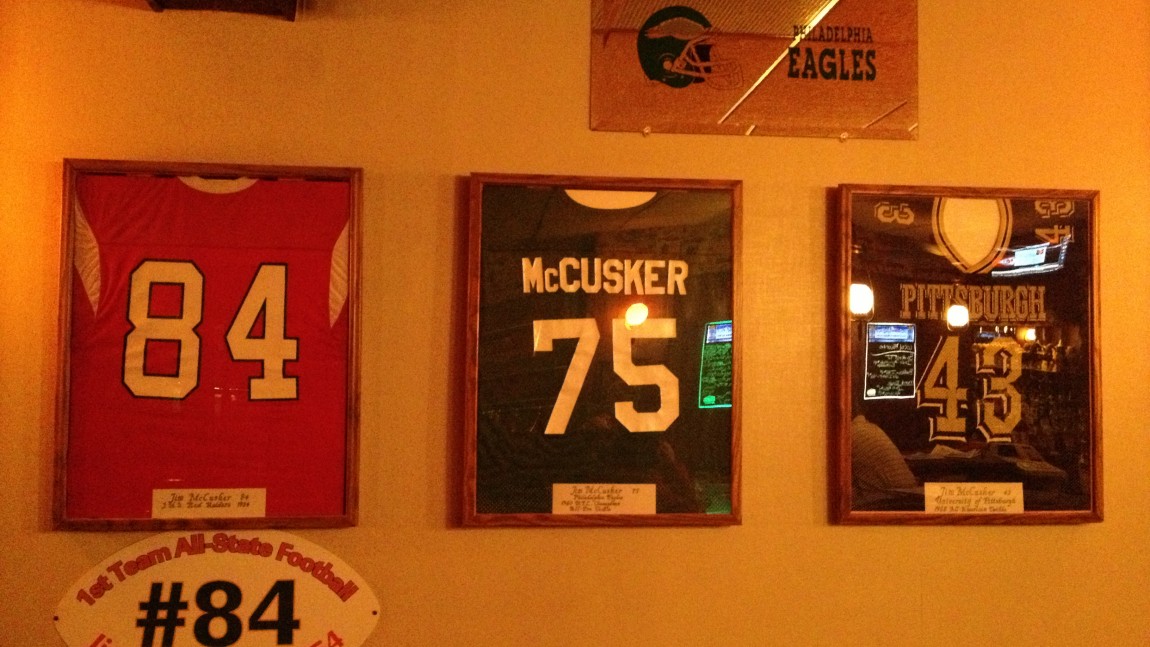 Sam Lisciandro, the manager of The Pub in downtown Jamestown, pulled out his smartphone earlier this week and found a video of his son, Sammy, playing in a recent Jamestown Youth Coed Flag Football League game.

Taking a snap from center, Sammy, 7, took off around the right end and into the clear for his second point-after conversion of the day.

The memory brought a smile to his dad’s face.

The late Jim McCusker would have approved, too.

McCusker, Sammy’s great-uncle, needs no introduction in these parts.

A two-time All-Western New York and an All-State selection at Jamestown High School in the 1950s, McCusker earned Associated Press All-American honors three times and United Press International honors twice as a lineman at the University of Pittsburgh. In addition, he played in the East-West Shrine Game, the Senior Bowl and was part of the College All-Star team that defeated the NFL champion Detroit Lions.

But there was no greater athletic accomplishment for McCusker, a former offensive tackle, than what happened Dec. 26, 1960 at Franklin Field in Philadelphia. That was the day that his Eagles defeated the heavily favored Green Bay Packers, 17-13, to win the city’s last NFL championship.

As a tribute to his football career, the wall across from the bar at The Pub features photos and replica jerseys of McCusker’s career on the gridiron. Now, Lisciandro and Mary McCusker, Jim’s widow and Pub owner, have another entry on the former gridiron great’s resume.

At the suggestion of Commissioner Norm Thomas, the six-team, 80-player league will now be known as the Jim McCusker Jamestown Youth Flag Football League.

“I thought it was appropriate because he’s the only guy who made pro football from Jamestown High School,” Thomas said.

Added Northside commissioner Steve Sischo: “It was a natural fit for us.”

Mary McCusker said the league’s decision was a “great” one.

“Jim would be happy with this and he would be so happy to watch Sammy,” she said.

Lisciandro said his son is very much aware of his great-uncle’s football career. It is immortalized on The Pub wall with many framed photographs, including one from more than 60 years ago when McCusker was seated next to baseball Hall-of-Famer Jackie Robinson when both were guests at a Temple Hesed Abraham Sports Night at the Hotel Jamestown.

“Sammy’s very aware,” Lisciandro said. “I showed him that picture and I said, ‘Look, Uncle Jim is next to Jackie Robinson.’ Sammy goes, ‘We learned about (Jackie Robinson) in school.”‘

By virtue of the decision by the people running the Jim McCusker Jamestown Youth Flag Football League, 6- and 7-year-olds will have a chance to learn about one of the city’s favorite sons, too.