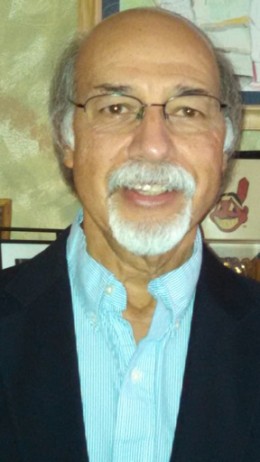 The late A. Bartlett Giamatti, former commissioner of Major League Baseball, who tragically passed away way at a very young age, once said, “Baseball is like no other sport you know. It mirrors life so well that sometimes, the more I think about it, the more reflective I get. For instance, baseball has a first base, and second base, and third base but it doesn’t have a fourth base. No, it has home. Home to the dugout, to the team, to the family. Go out in the world, touch all the bases, but where it counts, come home.”

Though Jim McCusker excelled in the sport of football, according to these words by the late baseball commissioner, Jim could have been a great baseball/life player.

This past week, our community gathered to say goodbye and thanks to Chautauqua Sports Hall of Famer Jim, and send him off to his induction into heaven’s Hall of Fame. But when Jim gets there, I am sure he won’t be talking football. I really think that Jim will get there, meet up with so many friends and family, and that he will be asking them what he can get them as he stands before a pan of beef and au jus, packages of kummelweck rolls and a variety of libations, waiting to serve others up there just as he did for nearly 50 years in our community.

With regard to Giamatti’s thoughts about baseball, Jim lived those words. Jim reached first base by making his mark in his community at a young age, excelling in school and football and making his community proud of him. Then touched second base when he went off to the University of Pittsburgh and became an All American, and was the 14th overall pick, selected by the Chicago Cardinals in the 1958 National Football League Amateur Draft. Jim advanced to third base when, in 1960, as a member of the Philadelphia Eagles, he helped lead his team to the National Football League Championship. An interesting fact of that championship game is that Jim threw a key block on the game-winning touchdown play, blocking Hall of Fame linebacker Ray Nitschke and clearing the way for Ted Dean to sweep around the end and score on a five-yard run to give the Eagles the title. (Nitschke was the 36th overall draft pick in that 1958 draft).

Jim was a great football player, but he was an even better restauranteur and host. I referred to Jim as “Gentleman Jim” in the title of this piece because Jim was a gentleman in every aspect of the meaning of that word. And as tough a football player as was Jim from high school through his professional career, he was also the breakdown of that word. He was a “gentle man.”

Jim was a soft-spoken man in every conversation I had with him. I don’t ever recall Jim saying an angry word to or about anyone. He always had that great smile of his adorning his face, and he always made sure every customer was satisfied. He served a beef on weck sandwich like no one else. I always remember that when someone ordered a beef on weck, Jim, after piling high the beef on the bottom half of the roll, would spear the top of the roll and dip it in the juice before topping off the sandwich and plating it. He also had an amazing memory, as when a customer came in, Jim would ask if he/she wanted their usual libation, only he didn’t just say “The usual?” Jim would name the drink.

In all of my experiences at The Pub, Gentleman Jim never failed to show me a good time, and judging from all the other patrons, Jim succeeded in giving all of them a great experience as well. He knew how to give back to his community, and he did it with honor, with class, with dignity and with respect.

A few years back, the Robert H. Jackson Center held “A Night With Jim McCusker,” showing a video of the 1960 Philadelphia season and then holding a question- and-answer session with Jim, and throughout all of the one-on-one discussion with emcee Greg Peterson, Jim kept returning “home,” as he always seemed to bring all of his successes back to his roots right here in Jamestown.

His success never seemed to be what Jim wanted to talk about. He was all about making sure his family, his friends and his customers were his top priority, first and foremost. He was more interested in hearing about their jobs, and their families and their interests. He had a great personality and a genuine respect for everyone he knew, and he treated everyone with that respect.

He made one career in a hard-hitting physical sport, but when he touched “home,” he excelled in his second career as Jamestown’s finest host. I am sure that now, in his new and everlasting “home,” Jim is making plans to open up “The Celestial Pub” on Main Street in heaven.