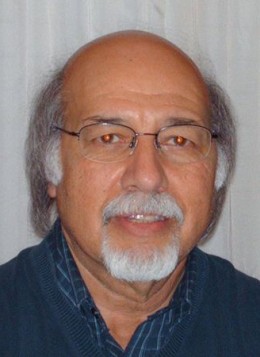 In January, downtown Jamestown saw a fire damage two local institutions, one of which rebounded quickly (Lisciandro’s Restaurant), but one which needed a more extensive facelift and makeover and would take a considerably greater amount of time to rebuild.

Well, patience prevailed and just last week the doors reopened at one of downtown Jamestown’s favorite meeting places. I am, of course, speaking of The Pub. After seeing the photos which streamed across social media last week, after so many in the community hugely missed The Pub during the six-plus months that it was on hiatus, it appeared that long period of missing The Pub was erased by what was shown in the pictures of the excitement and elation that came with the re-opening of the doors of this community landmark.

I was disappointed that I could not be there last Tuesday night when the staff of The Pub, Jamestown’s version of Cheers, cut the ribbon on its new-old establishment. Sally and I made it a point to be there the second night of The Pub’s rebirth though, and I witnessed what made me realize that the atmosphere at The Pub, the entertainment at The Pub, and the good times offered by The Pub, all said that the building could be destroyed by fire, or anything else, but the people who make The Pub what it is, never did, nor ever will, need a makeover.

As I looked around on that second night of the re-opening celebration, I was reminded of a line from the movie “Field of Dreams” when James Earl Jones’s character, Terrance Mann, uttered the word, “Unbelievable,” and was met with Ray Kinsella’s (Kevin Costner’s character) response, “It’s more than that … it’s perfect.”

Ever since my “roots” began to grow as a patron of The Pub, I have always been impressed with the friendliness of the personnel there. From host and hostess Jim and Mary McCusker, to Sammy, to all the bartenders and wait staff, every customer has always received classy, respectful, warm and friendly service, be it in the serving of delicious food items that make their way from The Pub’s kitchen, or the mixing and pouring of refreshing libations and soft drinks, everyone coming into The Pub has received, and continues to receive, first-class service and treatment from the great staff there.

The personnel has changed over the years, but the service has remained the same, a tribute to Jim’s and Mary’s, and now Sammy’s mission to make sure everyone enjoys their experience, be it dining, having a drink, and/or enjoying the social experiences and opportunities offered by The Pub. I refer to Jim and Mary as “host” and “hostess” because they’ve always gone out of their way to make sure all their customers feel/have felt more like their friends who have been invited to their home to share a nice evening out.

Downtown Jamestown has gone through a metamorphosis with buildings receiving facade transformations, the wonderful murals of Lucille Ball, Desi Arnaz, Vivian Vance and William Frawley, done by the artistically talented son and father duo of Gary Peters Jr. and Gary Sr. and displayed throughout downtown Jamestown, and now the city’s downtown has been adorned with lamppost banners showing Jamestown’s pride in what it has to offer to its own citizens and visitors who come to the area.

Some of those banners also show people who have made a mark in some field that has extended far beyond the city of Jamestown limits. On one of those banners is No. 75 of the 1960 World Champion Philadelphia Eagles, Jamestown’s own Jim McCusker. The banners have been put up just recently, coincidental with the reopening of The Pub. Jim’s banner is a great addition to the collection, and I am hoping one might be moved to the pole out in front of The Pub, to match the one already placed in front of the Chautauqua Sports Hall of Fame. To me, both of these locations would be perfect places to show Jamestown’s pride in Jim’s influence on this community by his accomplishments in the National Football League and in his community after football.

A few years ago, Jim was honored at the Robert H. Jackson Center with the showing of a film clip highlighting the 1960 Eagles team which showcased some of Jim’s talents in helping his team to the championship. Following the film, a question-and-answer session was held, Edward R. Murrow style, by local attorney, sports historian and founder of the Jackson Center, Greg Peterson. Greg’s questions, of course, focused on Jim’s career in the NFL, but also focused on his Main Street establishment, which next year will celebrate its golden anniversary as a mainstay in downtown Jamestown.

In Jim’s interview that night, he spoke of his post-football career desire which was to open a business where people could go to enjoy some good food, a drink or two, and the company of warm and wonderful people. As I have experienced (and have seen so many others do so too) all of this every time I have been to The Pub, Jim definitely succeeded in his desire. My earlier reference to Cheers comes from the lyrics of Gary Portnoy’s and Judy Hart Angelo’s collaborated theme song that introduced that long running popular sitcom, about a bar run by a former professional athlete. Some of those lyrics are, “… Wouldn’t you like to get away? Sometimes you want to go where everybody knows your name, and they’re always glad you came. You wanna be where you can see, our troubles are all the same. You wanna be where everybody knows your name.” Everyone who has ever patronized The Pub, and has ever been hosted by the McCuskers, Sammy, and The Pub staff, can feel like this song was written for them regarding their feelings about experiences at The Pub.

I loved sitting in the made over structure of The Pub last week, and looking around at the newness of its appearance, but to me, all of that was just window dressing. The real Pub was, and always will be, the people sitting in that establishment, be it in remembering them in the old appearing Pub, or seeing them experiencing this new one, and hearing the conversation buzzing through the room, and the laughter emanating from a table here or a booth there, or the background banter of political or sports disagreements, or the cheering with regard to what sporting event is on a television at a particular time. Definitely, the people are The Pub.

I don’t get to The Pub as often as I once did, but I always have a wonderful experience when I do get there. I was saddened by its destruction in January, but am ecstatic with its return. I know the McCuskers, Sammy, and all their staff will maintain the great food, drink, and atmosphere that is synonymous with The Pub. Congratulations and Cheers to all associated with The Pub on your return to downtown Jamestown. Welcome back. You have been missed.