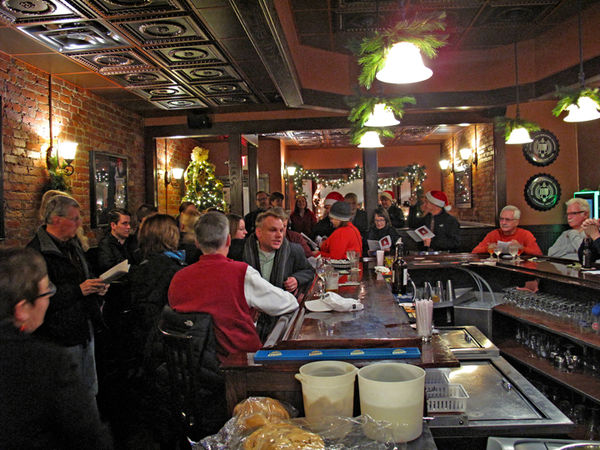 While pubs and breweries may not seem the typical locale for Christmas carolers, a group of local churches and parishioners believe traditional holiday cheer can still make its way to non-traditional places.

On Tuesday, members of Jamestown’s First Covenant, First Presbyterian, Zion Covenant and St. Luke’s Episcopal churches gathered for a night of downtown caroling, singing first at The Pub restaurant on North Main Street before traveling on foot to The Cherry Lounge, Forte and Brazil Craft Beer and Wine Lounge.

Rev. Adam Rohler, pastor at First Covenant, who came up with the idea of downtown caroling six years ago, said the event has only grown in numbers over the years. 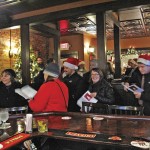 According to Rohler, local establishments have not only come to expect the carolers, but patrons often join in the fun.

The reception from the public, he added, has always been great.