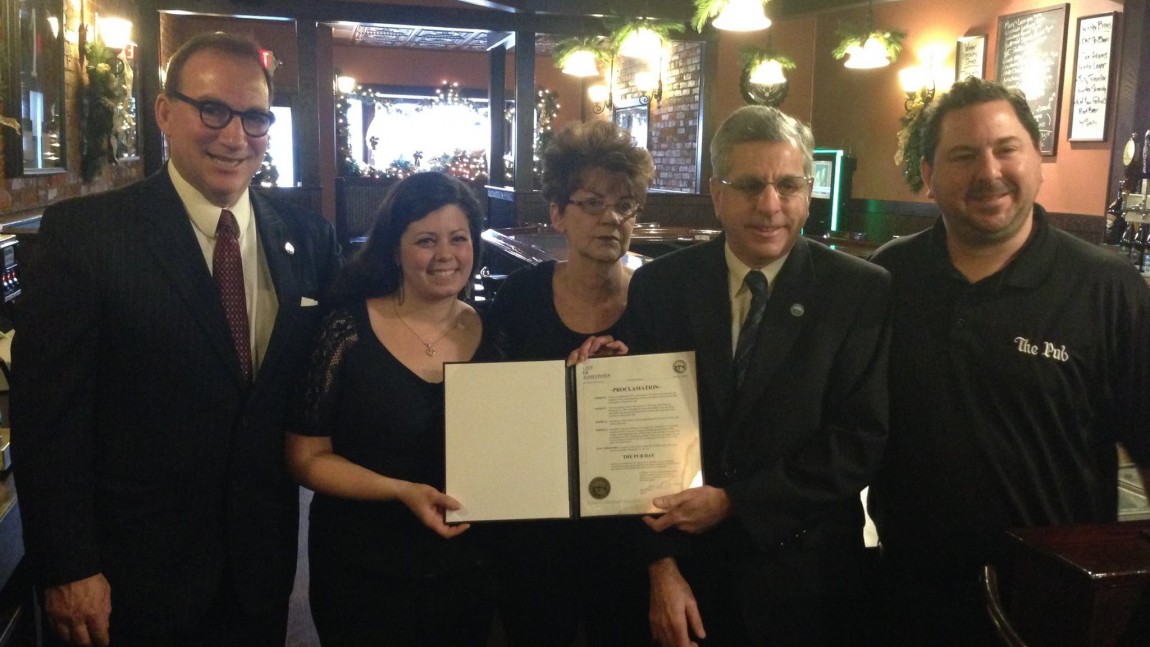 A downtown landmark has received recognition from Jamestown mayor Sam Teresi for its 50 years in business.

On Monday morning the mayor was at The Pub on North Main Street to read a proclamation and declare December 14, 2015 as The Pub Day within the city. During his presentation, the mayor talked about the importance of having a locally owned and operated business stay open for 50 years.

“The longevity of this makes it special,” Teresi said. “We are blessed as a community still to have a core to our urban center – the downtown area – that’s physically in tact and that’s populated by locally owned and operated businesses. For one to endure for 50 years and to be as successful if not more successful than the day it opened means everything.”

Jamestown native and former pro football player Jim McCusker first opened the establishment at 209 N. Main St. on Dec. 13, 1965. The business was significantly damaged by a fire in 2013 but was able to reopen its doors less than a year later.

The business is currently owned by McCusker’s widow, Mary McCusker, who co-owned the business with Jim until his death in February. His nephew Sam Lisciandro serves as the manager.