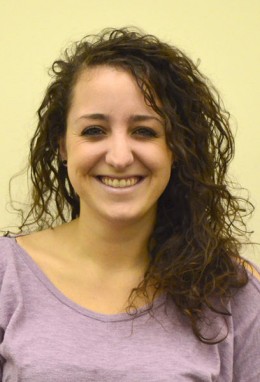 When I was about 10 years old, I was at the home of a neighborhood friend in Frewsburg whose much older brother was wandering around the house and said to no one in particular, “I’m supposed to go to The Pub tonight, but I don’t know where it is.”

“It’s on Main Street in Jamestown,” I said.

He looked at 10-year-old me like I was crazy, after which I told him precisely how to get there. I’ve never forgotten that moment.

I didn’t even know what The Pub was, or how special the place would become to me later on in life, but I knew I’d seen it several times and remembered that the light in the front window and the stained glass made it look so warm and inviting.

With the passing of Jim McCusker last week, I wanted to take the time to express ultimate respect for the man who created such a treasure in our city.

Two weeks ago, I wrote about how locally owned businesses are what make our community unique. The Pub is a perfect example.

On the day McCusker passed away, I had a lengthy discussion with Scott Kindberg, sports editor, about the welcoming environment The Pub has always provided and the caliber of man Jim McCusker was.

Although I only had the privilege of meeting Jim one time, I wish I could express to him how special his bar is to so many, myself included. I’m assuming he would give me a humble nod and gentle smile in response, like he did when I told him it was an honor upon our introduction.

It was such a privelege to meet the NFL champion McCusker, even if it was just once.

Also, I see Jim’s demeanor in his nephew, Sammy?Lisciandro, who never fails to greet patrons with a warm welcome.

They’re friends, and they create an atmosphere that makes you feel as welcome as family. From what I know, that was what McCusker had in mind when he opened The Pub in 1965.